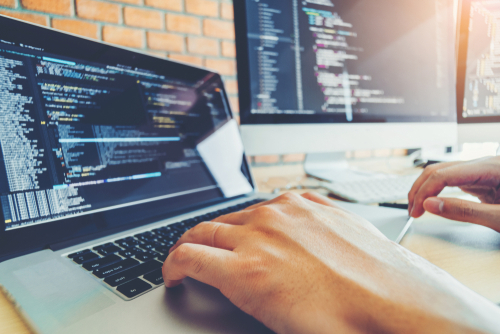 Adobe Flash is one of the most widely used Web programming frameworks on the Internet, and a Flash designer is simply a web developer who creates animations, games and other rich content with Flash and ActionScript. Although Flash is widely used for video and animated content, it’s becoming obsolete and will eventually be deprecated. A modern alternative for Flash is HTML5, which is the current iteration of the even more widely used markup language HTML.

What Developers Should Know About Flash

While it’s good for Web developers to have a basic understanding of Flash design, new websites should be built with HTML5 media content because this format doesn’t require a browser plugin and has better prospects for future compatibility. Apple and Google have adopted HTML5 for iOS and Android devices, and Flash is completely unsupported on iPhone and iPad. Apple and Adobe have been involved in a somewhat public argument over the exclusion of Flash on iOS devices, and Apple has responded with a list of reasons that Flash is becoming obsolete. The main reason is that it’s a closed, proprietary system, and Adobe has complete control over its development and implementation. If Adobe wants to change future version of Flash so that programmers have to overhaul their websites to continue using the framework, it can.

On the other hand, HTML is an open system that is maintained by the World Wide Web Consortium and Tim Berners-Lee, the inventor of HTML and the Web. HTML5 is capable of all the animations, page transitions and video playback offered by Flash, although it still hasn’t been widely adopted by video-streaming websites. Most YouTube content is available as HTML5 video, but the format is still in its infancy and doesn’t perform as well as Flash. Desktop and Laptop PCs typically decode streaming video with software such as Flash, Microsoft Silverlight or HTML, but mobile devices aren’t powerful enough to use software decoders. Flash works poorly on Android and iOS devices because it requires a great deal of processing power, which is why mobile devices use the same hardware decoding method used by DVD players, H.264.

Web programmers should know enough about Flash design to embed ads on their clients’ websites without increasing page-loading times, but it’s probably not a good idea to become a full-time Flash designer. Clients who need large-scale Flash programming for their websites will be scarcer with future iterations of HTML, and Flash will never be used on Android or iOS. Google and Adobe have both actually created software that translates Flash and ActionScript code to HTML5, and for the most part, conversions work as well as code originally written in HTML. ActionScript is the scripting language used to build software with the Flash framework, and it’s similar in syntax to JavaScript.

Web programming is one of the fastest-growing occupations in the economy because Internet access is becoming available on more and more devices. Learning Web development is a great way to increase employment opportunities, but it might not be the best investment of time to focus on becoming a Flash designer.