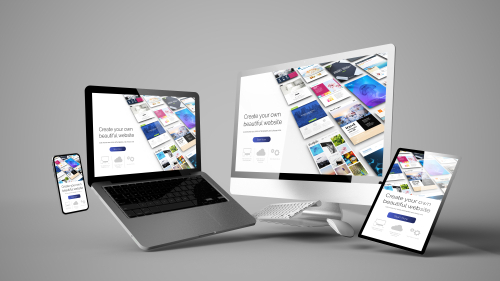 Creative individuals interested in building websites often ask the question, “What is the Difference between Web design and Web development?” While we often hear and even use these two terms interchangeably, there actually is a difference between the two. Website building companies may advertise their services as though they were one and the same, but Web designing and Web developing each require different skills and knowledge. Here is an overview of the two.

What is Web Design?

Web design is the aesthetic part of a website and is responsible for how a website works. Web designers are the professionals who input graphics, designs, font, photo, videos and similar visual elements onto a website. Web design consists of various stages, including determining the client’s objective; setting up the website’s information hierarchy; creating wireframes, and creating the actual design. They use different design programs such as Adobe Photoshop. When someone looks at a website, including the designs, patterns, pictures, and logos, this is the result of the Web designer.

What is Web Development?

Web development takes the website design and turns it into a functioning website. Because a lot of their job involves programming languages, such as CSS, HTML, PHP and Javascript, Web developers are often called programmers. The Web design, which was created by the web designer, is almost like a non-interactive picture of the website until the Web developer turns it into something workable or functional.

The Web developer develops applications and uses programming languages that tell the website what to do. When someone visits a website and is able to submit information, click on different pictures or turn pages, this is the result of the Web developer. Web developers program the website to do certain things at certain times.

Web developers are expected to see employment growth of 15 percent during the 2016-2026 decade according to the U.S. Bureau of Labor Statistics (BLS). This number should result in about 24,400 new Web developer jobs created nationwide by 2026. Graphic designers are projected to see a growth of only 4 percent during that same decade. The slower-than-average growth for graphic designers is the result of newspapers, books and periodicals being replaced by digital media, so graphic designers with Web design experience should see better job growth.

Web designers earn annual wages ranging from $65,222 to $87,202 with the average wage at $76,284 according to a January 2019 report by Salary.com. Web developer average annual wages were about $80,000 with the wages ranging from $60,000 to $100,000 or more. Experience, education and employer are all factors that an affect the earning potential for Web designers and Web developers.

The continuing growth of internet use continues to put Web designers and Web developers in demand. Knowing the difference between Web design and Web development can help an individual choose the career that holds the most interest and best meets careers goals.