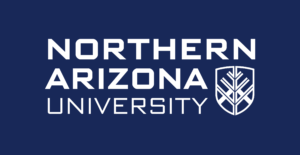 Northern Arizona University divides its degree programs into those for undergrads, graduate students and those who want to study online. More than 120 programs are available for undergrads such as the anthropology major, which has emphasis areas in archaeology and sociocultural anthropology. The university offers one of the only applied indigenous studies programs in the nation. It looks at the culture and history of the people who lived in North America and other parts of the world. Other majors include early childhood education, astronomy, chemistry, health sciences, social work, theater, and secondary education.

The communication program is available both online and on the Flagstaff campus. Students can pick a documentary studies concentration, which teaches them how to produce these films. It also gives them the chance to create a documentary in their final year. Communication majors can also enroll in a general communication program. Also available is a Visual Communication, Bachelor of Fine Arts.  Students can choose between a motion design emphasis or a graphic design emphasis.  70 units of major requirements are required to complete this on-campus degree program.

With the university’s online programs, students can get a degree even if they don’t live in Arizona. Online programs are available for both undergrads and graduate students. Business administration, communications, and emergency management are just some of the options for undergrads. The university also offers a hotel and restaurant management program that includes internships that students can do in Arizona and other states. Degrees for undergrads include computer information technology, nursing, public health, and parks and recreation management too.

Graduate students interested in studying online can choose from options such as organizational leadership, parks and recreation management, and public administration. The university’s online English program includes tracks in literature, professional writing and rhetoric writing, and digital media studies. More than 10 of the online programs are in education fields such as early childhood education, science teaching, math teaching, and special education.

Northern Arizona University is a public university usually called NAU. It was established in 1899 as the Northern Arizona Normal School and became the Northern Arizona State Teachers College after the state approved its request to offer bachelor’s degree programs. This name would only last for a few years before it became the Arizona State Teachers College at Flagstaff. As Arizona State College and later NAU, its curriculum expanded to include options in subjects outside of education. Though more than 22,000 students take classes on the main campus in Flagstaff, more than 8,000 take classes online. NAU Online offers nearly 100 programs and allows students to use the resources that are available on regional campuses such as the one in Yuma.

The Free Application for Federal Student Aid (FAFSA) helps students at all levels qualify for financial aid. NAU students can use this form because the university holds regional accreditation from the Higher Learning Commission (HLC). Some of the other accreditation that NAU has includes approval from the Council for the Accreditation of Education Preparation (CAEP) and the Association to Advance Collegiate Schools of Business (AACSB).

Undergrads can apply to NAU and request to start in the fall, spring or summer. Freshmen should have transcripts that include all the courses they took and show that they took the 16 units of college prep courses that NAU requires. This includes four years of math and English courses, three years of science and lab classes and two years of social studies and sciences courses. They can self-report their grades and test scores on the application. NAU charges a $25 application fee for undergrads and asks that they have their transcripts and test scores sent it before the next deadline.

Most of the graduate programs at NAU have two application deadlines: one for the fall semester and another for the spring semester. The deadlines are usually around the beginning of February and then near the start of October. They need both a GPA of 3.0 or higher and an undergraduate degree. NAU asks for transcripts from any colleges the student attended and a writing sample from one of their classes. Most programs also require a resume, personal statement or essay and three letters of recommendation. Students have the choice of using both academic and employment or professional references to write their letters.

NAU undergrads pay $10,650 in tuition and $1,246 in fees every year as an Arizona resident. Nonresidents pay the same fees and tuition of $25,270 a year. Any undergrad who lives in a western state qualifies for the Western Undergraduate Exchange and pays $15,975 for full-time enrollment. Students can also sign up for online courses that cost $455 per credit hour and have fees that start at $35 per unit. Graduate students at NAU pay an average of $11,121 as a resident and $20,338 as a nonresident.

Scholarships are just one of the ways that the college can help students pay for their room and board and tuition and fees. Several programs give students money based on how well they did on the ACT or SAT and their grades in high school, but other programs award funds to students who show need when filling out the FAFSA. The information shared on the FAFSA can also help students get loans and grants or qualify for work-study, which lets them work in positions on-campus and around their class schedules.

Some students may bring external scholarships with them or qualify for government grants too. NAU graduate students receive an average of $9,380 in financial aid every year. This can include an assistantship and loans and scholarships. Students in any of the degree programs at Northern Arizona University can get financial aid.