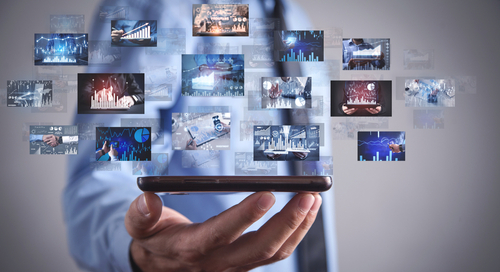 If you have ever thought about pursuing a career in a technological field that emphasizes the creative use of computers and other electronic devices, an important question has probably crossed your mind: “How is multimedia and web graphics different?” By reading the information found below, you can obtain an answer to this question and several others that pertain to the fields of multimedia and web graphics.

Although one can observe a confluence between multimedia and traditional movies or motion pictures, the production scale is typically less expensive and smaller for the former mode of presentation. Additionally, multimedia can incorporate audience involvement, in which case it becomes a form of interactive multimedia. The interactive elements used within multimedia can include things such as text entry, voice command, touch screen, mouse manipulation, live participation, and video capture of the user.

Web graphics are basically visual representations that appear on a website. The purpose of web graphics is to enable or enhance the representation of a feeling or idea for the purpose of appealing to the user’s emotional, intellectual, and/or aesthetic sensibilities. Graphics can educate and entertain users while strengthening a business’s branding efforts. Additionally, web graphics can facilitate clarity of illustration. Some examples of graphics include photographs, maps, family trees, designs and patterns, engineering and architectural blueprints, diagrams, typography, line art, schematics, flowcharts, and pie charts.

Another interesting difference between the worlds of multimedia and web graphics concerns career opportunities in the respective fields. For example, an individual who works as a multimedia artist is responsible for creating visual and animation for television, video games, movies, and other media formats. On the other hand, a web graphic designer works by creating visual concepts that will be displayed on a website. As mentioned earlier, the difference between the two fields is that the former incorporates use of multiple communicative platforms (visuals, animation, etc.) while the latter incorporates singular presentation (visual).

If you are thinking about pursuing a career in the fields of multimedia or web graphics, you should know that doing so can be personally and professionally rewarding. Now that you have obtained an answer to the important question “How is multimedia and web graphics different?,” you can determine which vocational path would be most suitable for you.