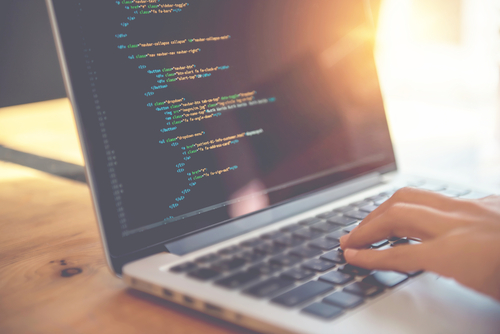 When it comes to computer technology, one of the most commonly asked questions is “What is coding?” Coding is actually a critical enabling component to the many digital activities we engage such as through computers, smartphones, and tablets. Writing code is an ever-growing and in-demand field. If you think you’d like to learn about computer science, you’ll definitely want to keep reading to learn about what code is, how it works, and why it’s needed.

Code is the seemingly complex series of numbers, letters, and symbols that are used to run our computer browsers, apps, operating systems, and websites. Knowing how to put these parts together in the correct order is necessary in order to end up with the desired results. The code that is written is actually a language that is translated into a set of instructions that are understood by the computer.

Why Learn to Code

Learning how to code can open a number of doors for you, depending on your goals. Learning the basics can set you on the road to building your own websites as a hobbyist or save you from paying someone else to do the work. It can be rewarding and fun to create personal sites from scratch. It’s even possible to become a professional coder and make a living by writing code for others. You could be hired by large corporations, government agencies, nonprofit programs, or even freelance on your own terms. Becoming a coder can be a lucrative and much-needed career path. Sometimes those who start out learning to code for fun and enjoyment actually go on to run successful tech companies, as code is the basis for many other computer-related processes. Knowing code can help you to understand a vast array of technology within the world.

Saying that the written code is the language that tells the computer what to do is an oversimplification of the process. Computers are made up of on and off switches. Thus, it is only able to truly understand information in terms of on or off signals. Its capabilities are essentially derived through different sequences of transistors being turned on and off. The most basic of code is known as binary code. It is comprised of groups of zeroes and ones. Each digit is a representation of a transistor. Binary code is then placed into groups of eight, known as bytes. These represent eight transistors. Chains of these bytes provide information to the computer. However, millions of zero and one digits are simply too hard for anyone to understand and process if you’re not a computer, so that is why coders must use programming languages of code.

For a closer look at the specific forms of code and the code-editing programs people use the most, here’s a quick rundown of some of the top wares in coding today.

Javascript is a very popular and staple coding language used by virtually all software developers in some area or another of their work. In particular, this language is incredibly important in website function and is used in conjunction with HTML and CSS to that end. In fact, this language is quoted by many experts as being arguably the most beginner-friendly to learn and is utilized in approximately 90 percent of the websites out there right now.

Python is another very popular programming language today. This particular language began to really take off in the mainstream about 15 years ago and is utilized in some of the most cutting-edge software endeavors including artificial intelligence, machine learning, and big data to name just a handful. Like Javascript, this language is also relatively easy to learn and grow with compared to many other languages that exist right now.

For web development purposes, PHP is a top pick for many of the pros. PHP was, at one time, more popular than Javascript, but now, most programmers use PHP mostly for server-side web page and app development work. In the end, this only makes firm logistical sense once consideration is made to PHP’s multiple frameworks, including Laravel and Drupal, and its speedy and very adaptable interfacing.

Ruby, also known as Ruby on Rails, is a popular, general-purpose coding language used by a wide array of professionals and private developers alike. This high-level coding approach first came about in Japan in the 1990s and continues to see popularity because of its simple yet very effective coding methodology. Unlike many other coding languages, Ruby also accepts the use of multiple programming paradigms such as both functional and procedural programming.

SQL is short for Structured Query Language, and this particular programming language uses a unique database query approach to get the job done. Ideally, SQL is used for big data purposes, but its versatility does not make that a necessity in all cases. It’s rare, however, that SQL is used by itself, as it functions better as a coordinating, partner language that works exceedingly well with other, select languages and programs.

Atom is a Microsoft-owned code and text editing program that is very popular today due to its wide array of language and work packages and robust editing features. Another great perk with Atom is its ability to allow the user to actually create their own Atom features for continued use as they need. In addition, the Atom community is known for its welcoming and very helpful, general nature.

Sublime Text is another excellent and widely used text and code editing program. Like the above-mentioned Atom, Sublime Text also maintains a highly active package library, and the ergonomics of the program’s overall design make it inviting and a great experience to use. The program’s Distraction-Free Writing Mode and incredibly quick keyboard shortcut system also win a lot of points with users today.

Coding is the method in which humans are able to communicate with and create computerized programs and other digital devices that do exactly as they are instructed. In fact, according to many, this growing knowledge area is arguably one of the most important engagements of humankind right now. In conclusion, for anyone still asking the question “What is coding?” the International Association of Computer Science and Information Technology is a great organization in the trade with which further inquiry is highly recommended.