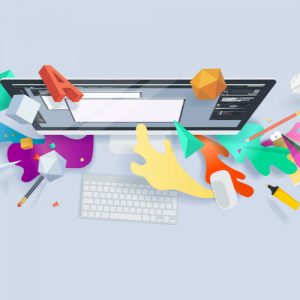 The Advantages of Coding

As mentioned above, many graphic designers are independent entrepreneurs who need to offer all-inclusive services to their customers. Freelance graphic designers will most likely lack the financial resources to hire a web developer to translate design deliverables into functioning websites. In the same way, clients appreciate being able to outsource their projects to a single professional instead of handling the communication between separate parties. Graphic designers enjoy greater artistic control over their work because they manage every step of the product development.

Graphic designers need traditional and digital visual creativity skills. This means that they should be able to create original pencil sketches based on either their clients’ ideas or their own ideas. Taking drawing classes is always a good idea. Graphic designers should be able to differentiate between the different typography styles and characters. Typography refers to the text styles used in printing and publishing. Experienced graphic designers know that people either positively or negatively subconsciously react to fonts and their associated content and images.

All graphic designers should be very familiar with certain applications and platforms. This includes Adobe InDesign, which is the single most important program for graphic designers. Adobe InDesign is the standard desktop publishing program used for designing and editing visual materials like books, posers, books and magazines. Adobe Photoshop is used by graphic designers to create graphics and manipulate photos through re-sizing, cropping and color-correcting.

Adobe Illustrator is primarily used for creating high-quality images that can be re-sized without loss of quality. Graphic designers use Adobe Illustrator to create charts, graphs and logos. Adobe Dreamweaver is used by graphic designers who for web development purposes. It’s also important to know Microsoft Office applications like Word and Excel.

When it comes to coding, graphic designers should be familiar with CSS, HTML and Javascript because these three programming languages are behind most web content. Readers can learn about how to become a graphic designer here.