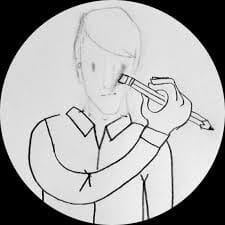 Finding a new job can be an especially stressful time, especially for designers who aren’t sure what to expect from their first graphic designer interview. Though this will always be a stressful experience, aspiring designers who review the typical interview process can at least minimize the stress that comes with an uncertain process. Like many positions, interviews for a graphic design job may include multiple rounds, and will almost certainly require an extensive review of the candidate’s past work. With that in mind, here’s what to expect as the process winds its way from start to finish.

The Beginning: Cover All Bases and Get a Portfolio Ready

Like almost every job on the market, graphic designers start the application process by submitting an official resume that describes their past work experiences and showcases why they’d appeal to their new employer. If the resume indicates that the candidate is a good fit, they’ll likely hear from a hiring manager or recruiter within a week or two about the position. It’s important to keep in mind the closing date of the position as a way to estimate when employers may express interest in the candidate’s qualifications. When that call or email comes, the process begins.

A Phone Screen is the Most Likely First Step

Most candidates will receive either a phone call or email from a recruiter for the position to which they have applied. If the design firm is very small, however, this email or phone call may come directly from the hiring manager or from the human resources department of the company they’re looking to work for. This phone screen isn’t a traditional interview. Instead, it’s generally a chance for the recruiter or hiring manager to review the applicant’s educational and professional experiences, assess their interest in continuing to pursue the position, and judging whether or not they’re well-spoken and seem like a good cultural fit for the organization.

An In-Person Interview with Key Figures

If the phone screen piques the employer’s interest, they’ll bring the graphic designer in for an interview at the firm itself, with the hiring manager and any other team members that might work with the designer after they begin in the role. Typically, this interview will last anywhere from half an hour to several hours, depending on the number of people who wish to meet the candidate prior to hiring. During this interview, graphic designers need to be prepared with a proper list of materials in order to prove their value to the prospective employer.

Chief among these materials is a portfolio of prior work that has been done for other clients or exclusive employers. Hiring managers and others will want to review this work, since it is the key way to assess the designer’s actual qualifications. Multiple copies of this portfolio may be a good idea if the interview is being conducted by a larger panel. Copies of the graphic designer’s resume, cover letter and any graphic design degrees as well as academic or professional accolades they have received will also boost their prospects.

The most rigorous design firms will want their candidates to complete a skills test or case study that proves their proficiency in major graphic design apps, with specific tools and in specific design situations. This test will often come after the interview and before an offer of employment. A proficient product or test score will be key for the designer looking to prove their skills and make it to the final round of the hiring process.

From the phone screen through the interview and a potential test of the designer skills, the interview process for design jobs is rigorous and designed to select the best possible candidate for each position. For this reason, it’s a good idea to prepare materials and review key skills before attending any scheduled graphic designer interview at major firms.