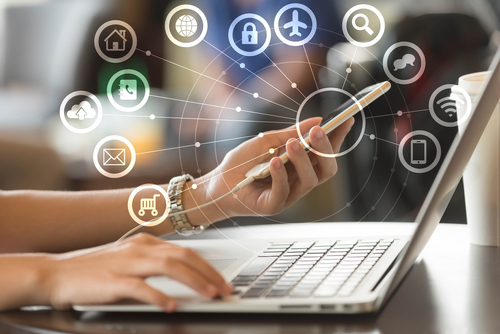 The increasing popularity of the Internet over the last two decades has given rise to unique awards programs, including the IMP Awards. These awards, first given in 1999, involve a fan community that debates and discusses the year’s movie posters. The awards program views itself as the online counterpart to traditional movie awards shows, and is designed to showcase the unique type of artwork required to preview a movie, draw interest in its premise, and capture the imagination of audiences across the country and around the world. Each year’s awards ceremony is determined by a vote of the site’s membership, with the awards given during January in the year that follows the voting period. This unique program is one worth understanding for aspiring graphic designers, visual artists, and even movie producers.

An Internet Community with Significant Sway

The Internet Movie Poster Awards are the manifestation of an early online discussion group. That group involved several devoted movie fans and movie poster collectors, as well as a few voices within the industry. The first awards ceremony involved an online vote through the IMPAwards.com website, and took place in January of 1999. Those awards debated the merits and pitfalls of movie posters for releases that hit theaters in the prior year, 1998. Since then, each awards ceremony has taken place in January and has involved movies released during the prior year.

The group has not simply worked on movie releases that debuted during the late 20th and early 21st centuries, however. Movie posters have a rich tradition that dates back to the beginning of film, and these posters have also been subject to debate and voting within the IMP online community.

An Eye for History: Go Beyond Recent Movie Releases

Movie posters have become more elaborate and varied in recent history, but their heritage dates back to the earliest days of film. The good news is that the Internet Movie Posters community understands this and has devoted time to recognizing the best posters from the earliest days of Hollywood film production. In fact, the site and its membership has debated, discussed, and honored movie poster designs dating all the way back to 1912. Though this was a distinct and much different era for both film and posters, the merits of each design are celebrated accordingly among the IMP membership and posthumous awards are given for their designs, influence, and historical significance.

Something to Aspire to: Motivation for New Designers

Beyond merely celebrating the greatest designs of modern and historical movie poster artwork, the IMP ceremonies give today’s graphic designers something to aspire to as they pursue a degree in the field and land jobs with today’s biggest design agencies and movie studios. Notably, a movie’s artwork is hardly ever celebrated by mainstream press or modern award ceremonies. This can leave many professionals feeling left out in the cold, but an IMP win can easily compensate for this effect. Across a broad array of positions within the film and media industries, graphic designers, photographers, and producers can look toward the IMP process as one that rewards their education, dedication, and industry successes.

The Internet is a driving force between new, fully virtual awards ceremonies and recognition of work that might otherwise go unnoticed. The IMP Awards are just such a program, with a thriving online community, a voting membership, and awards that recognize the best work in movie poster design each year.