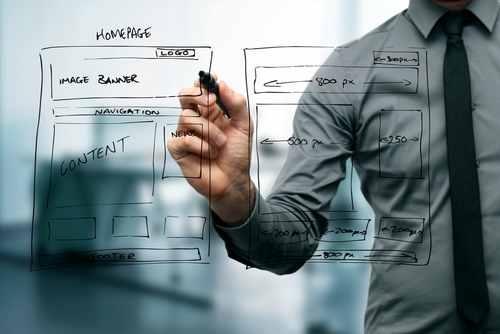 Wondering what do web developers do? Web development is a popular information technology (IT) career path in today’s digital age. College students spend considerable time surfing the web and posting on social media. Making a career out of one’s internet obsession sounds like a dream come true. Imagine getting a paycheck for working online at home every day. Students are likely tempted to turn their technological expertise into a full-time gig. Web development could be the perfect career match for young adults glued to their phones and computers.

Fortunately, web development is also an in-demand career that pays off with an above-average salary. Web developers will be in high need to create eye-catching websites that enhance brand recognition for client organizations. Creating functional, user-friendly websites that are aesthetically pleasing on screen is every web developer’s goal. Web developers build internet pages and platforms from the ground up to enhance users’ digital experiences. If you’re considering this occupation, read the full job description for what do web developers do below.

What Do Web Developers Do? 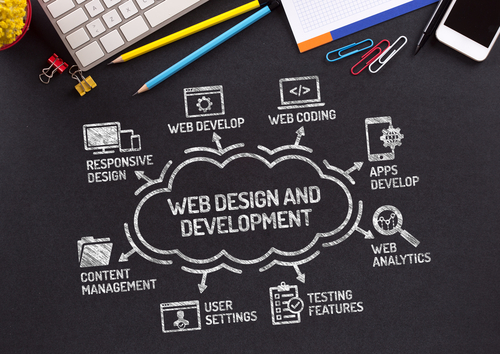 Are There Different Kinds of Web Developers? 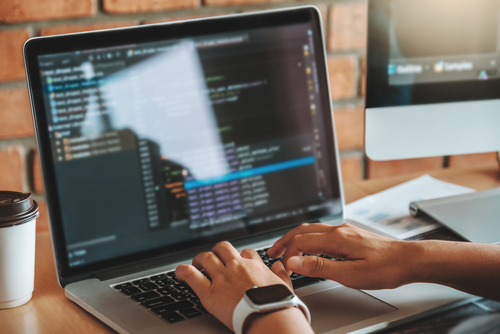 Where Do Web Developers Work? 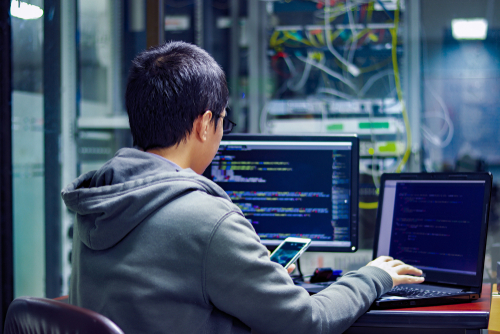 Web developers can architect well-coded websites in nearly all industries from manufacturing to medicine. Web developers often carve out a niche for serving certain client types, such as entrepreneurs or marketers. The vast majority of web developers are employed on a full-time basis in normal, nine-to-five business hours. Freelance web developers have the greatest freedom in customizing a work schedule anytime 24/7. On-site web developers work behind a computer in a comfortable, climate-controlled office. Self-employed web developers can travel about and set up anywhere with an internet connection though.

What is the Average Web Developer Salary?

In April 2019, the Pew Research Center found that only 10 percent of U.S. residents don’t access the web. Nine out of 10 Americans scroll through cyberspace on a regular basis. More websites are constantly being indexed alongside the over 2 billion URLs that already exist. People use websites to blog, bank, buy, and babble online. Virtually every business big or small needs a website to reach today’s tech-savvy consumers. Growth in e-commerce and online retail continues to skyrocket thanks to the increased use of mobile devices.

It’s an excellent time to consider becoming a web developer and meeting the needs of clients’ growing online audiences. The BLS predicts the employment of web developers will increase by 13 percent from 2018 to 2028. The 10-year job outlook shows 20,900 jobs created for 181,400 web developers in total. Job growth for web developers will outpace the already high hiring uptick of 12 percent in all information technology fields. Web developers frequently find the most jobs in Washington DC, New York, San Francisco, Seattle, Los Angeles, and Chicago. California has the highest number of web developers at 20,920 statewide.

How Do You Become a Web Developer? 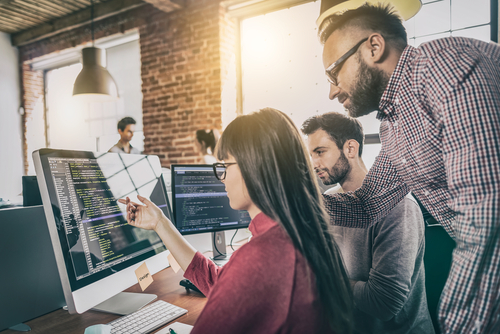 Which Skills Do Web Developers Need?

Is There Upward Mobility for Web Developers?

Talented, dedicated web developers are frequently plucked for IT department leadership too. That’s especially true for web developers who hold a bachelor’s or 10+ years of experience. For instance, web developers may become information systems managers to control organizations’ computer networks. Many are promoted to IT project manager jobs and oversee teams working on computer creations. Most have suitable skills to segue into careers like software developer, webmaster, web architect, and database administrator. The most senior executive role available for ambitious web developers is Chief Technology Officer (CTO).

What are the Benefits of Being a Web Developer?

Web development is an appealing career for students who wish to minimize the time spent in school. Web developers earn big paychecks with little to no college tuition debt. Employers are willing to pay top dollar for developers to create multi-million-dollar e-commerce sites. Remote work is generally available to web developers who seek it. Web developers can establish a sizable freelancing business and assume full project control. Self-employed web developers won’t worry about office location closures or pandemics like the COVID-19 crisis. People aren’t giving up the internet anytime soon, so web development is future-proof and recession-proof.

How Can Newbie Web Developers Get Started?

Feeling excited and enthusiastic about a new web development career? First things first, guarantee you have the above skills to pass muster. Show initiative by teaching yourself coding languages like Angular and Java. Finish post-secondary training in web development at the certificate or degree level. Next, prepare a stand-out web developer portfolio. Most clients seek digital portfolios of previous website work rather than traditional one-page resumes. Create a domain for exhibiting live samples of development projects. List clickable links to CodePen and GitHub design samples. Clean up social media posts, including on LinkedIn, to showcase a professional, go-getter attitude online.

Overall, web developers strive to create easy-to-navigate websites that garner repeat visitors. Web developers accomplish this by designing, coding, and modifying the layout of websites. Developers take into account a clients’ targeted audience and unique specifications. Succeeding in CNN Money’s 14th best career requires programming expertise and attention to detail. Back-end web developers particularly need to know how web servers connect to pages for viewing. Designing the appearance and functionality of websites is hard, yet gratifying work. Now that the “What do web developers do?” question is resolved, you can determine if web development will be your future forte.

As growth in e-commerce and online retail continues to skyrocket thanks to the increased use of mobile devices, it is an excellent time to consider becoming a web developer. In fact, according to the BLS, employment for web developers is projected to grow much faster than average occupations at the rate of 20 percent, thus creating approximately 28,500 new jobs over the next decade. Web developers will be in high demand to utilize their technological expertise for designing and creating eye-catching websites that will enhance brand recognition for organizations on the World Wide Web. If you are considering this in-demand web design career, read on for a full job description for web developers for meeting the needs of a website’s audience.