While a journalism degree will certainly help aspiring investigative writers to learn the mechanics of their craft, continued reading of books that dig into the foundations of the medium will shape them as professionals. These five books offer individuals dedicated to reportage deeply insightful lessons on the ethics, the psychological implications, and the social goals of their chosen form. What is Journalism for? Why write? Who needs to know? Where is this culture going? When is the right time to speak? How does the genre shape the course of broader events? Each of these questions should act as signposts for the journalistic community, and they are questions addressed by each of these texts. 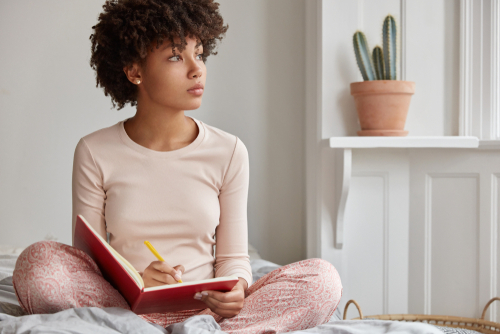 All the President’s Men

This non-fiction account by Bob Woodward and Carl Bernstein follows their groundbreaking investigative work on the Watergate scandal. While the Washington Post stories authored by the dynamic duo were on the public record from the beginning, the 1974 book chronicles the hidden story of their journey of reportage, from the broad-ranging cover-ups to their struggle to convince frightened sources to come forward. So popular and inspiring were their journalistic efforts that a movie was made based on the book and released in 1976. This is essential reading for any aspiring journalist.

The Elements of Journalism, 3rd Edition

For their seminal text, Bill Kovach and Tom Rosenthal conducted painstaking research to answer a question asked by the Committee of Concerned Journalists nearly two decades ago.

What is journalism for? The resulting book dives deep into the data, with the authors providing guidance and substance for those on the path of the journalist, seasoned pros and fresh-faced neophytes alike. They identify the foundational elements of the medium and the roles in society that journalists must fulfill. In the updated 3rd edition, the rise of social media and sponsored content is explored as it intersects with bedrock ethical and professional considerations.

The Journalist and the Murderer

Originally published as a two-part feature in The New York Times, Janet Malcolm’s book explores the inescapable interconnection between journalist and source through a case study of the lawsuit of Jeffrey MacDonald. It is both a work of journalism and a commentary on the medium of the journalist. So significant was its impact that journalists across the country initially rebelled against its insights, but those points serve as a valuable teaching tool for those engaged in reportage. The retrospective dissects how journalists engage with the individuals who provide the essential material for their work,

The Race Beat: The Press, the Civil Rights Struggle, and the Awakening of a Nation

Not too many decades ago, much of the nation was insensible or unaware of the deep injustice tied to ethnicity. This text by Roberts and Kilbanoff highlights the then-controversial articles, divisive events, and the journalists who covered them as the forces of justice struggled for change. Based on private correspondence, the minutes of secret meetings, and articles too hot to publish during the time, the authors paint a picture of a nation tearing at its very fabric of morality and ideology. They highlight the roles of the reporters dedicated to opening the eyes of the unaware irrespective of ethnic affiliation, and how they worked together to achieve their goals. In the current milieu as in any time, the work is fresh, insightful, and fearless in its exploration.

Fear and Loathing on the Campaign Trail ‘72

Hunter S. Thompson founded the concept of fearless and often misunderstood bon vivant Gonzo journalism. In his portrayal of the 1972 campaign activities of Nixon and McGovern, he presents a compulsively readable, hilarious, and often chilling perspective on the battle for the U.S. Presidency. It exemplifies and unpacks the democratic process in an addictively intimate fashion, with consumable, insightful prose. If the dynamic between reporter and source is inescapable, Thompson shows reporters of every level of experience the value of deep, authentic engagement, which is, after all, a cornerstone of the Gonzo philosophy.

While the topic material and aspects of modern culture that each journalist engages will be as unique as they are, they should all move into the world with a simple goal—to inform or cast light on ideas. These books are great resources for centering creative intent and distilling the skills with which every reporter is armed.